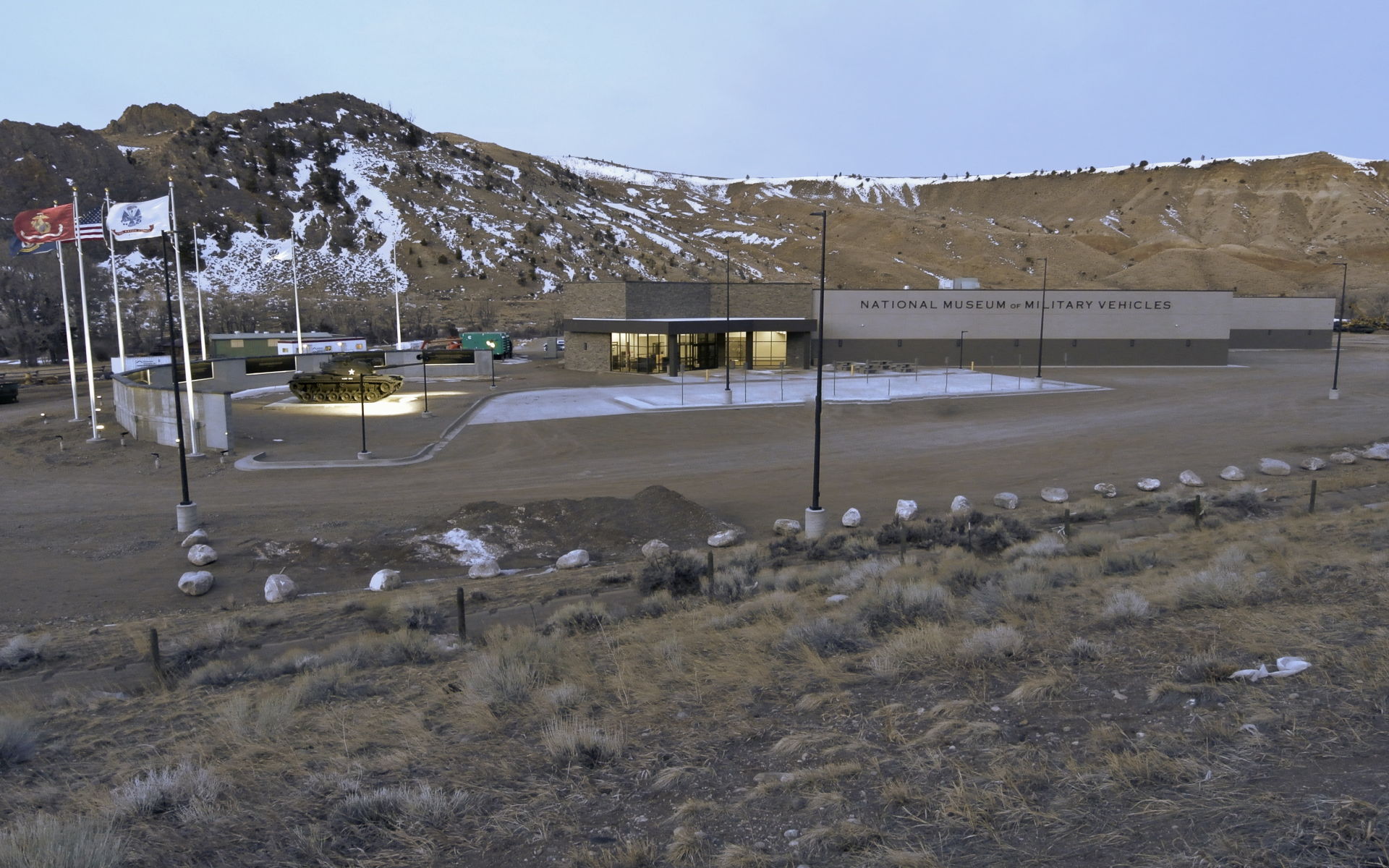 The National Museum of Military Vehicles

As word got out, however, requests to see the growing collection multiplied.

The public’s initial introduction was due in part to the appearance of some of the vehicles in the annual Fourth of July parade in Dubois, Wyo., the small mountain town near the Starks ranch. Inevitably, interest in the collection grew. Word of mouth spread, and the requests increased.

Starks always enjoyed showing the collection, but "it finally got so that in the summer I was doing a morning tour and an afternoon tour, day after day," he says.

Interest was significant — and diverse. It crossed boundaries of age, gender, income, education and experience. From kids to senior citizens, from veterans to tourists, from buffs to novices — all sorts of people wanted to see the tanks.

And this was when the vehicles were still squeezed, side by side and end to end, into two storage barns, with no description, interpretation or display planning.

"I could see that it was a significant experience for these visitors. Parents wanted their kids to have that experience,” Starks says. “It was the same with veterans, seeing the level of enthusiasm."

It didn’t take long before he realized the combination of his passion for the collection, and the public's interest in it, presented an opportunity.

"This process has been very interesting," says Starks. "The vision has expanded, starting with a small kernel, as a result of feedback from so many different people.

"I came to think there actually is a lot of interest in this kind of an experience, and to the extent that I can better organize the stories, the education element, and historic preservation -- man, this could be something good."

The primary motive in moving forward with the museum, says Starks, was “just to build something good that could prove to have appeal to more people than we had expected.”

No more sardine-can display. It was time for a plan to show the vehicles in an organized way, with historical notes, technical specifications, and in realistic settings that portrayed not just the vehicles, but the people who used them.

Dan Starks is enjoying the ride: “It’s been exciting, absorbing and fun — and a great reason to get out of bed in the morning.”

10 a.m. to 5 p.m. Wednesday through Sunday. Closed Monday and Tuesday. Required COVID-19 policies will be in place.